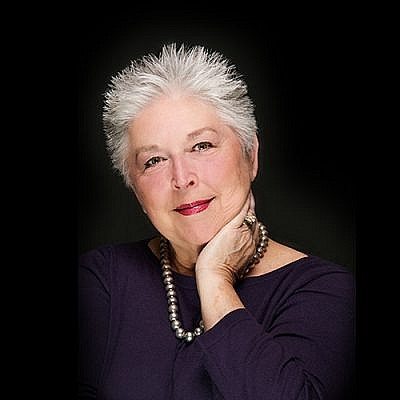 The Power of Your Speaking Voice

Published on February 1, 2013, by Carol Kirkpatrick

“A real decision is measured by the fact that you've taken a new action. If there's no action, you haven't truly decided.”

I recently heard an interview with Tina Fey on NPR Radio about speaking voices and the effect their sound can have on how one is perceived. She told the story of being in an acting class with a very beautiful young woman who had this high, little girl voice that was simply annoying. She felt this wasn’t the natural voice of this young woman but had created it to generate some type of effect. This young woman was working in a scene in acting class and the teacher finally said to her, something like, “Why don’t you try using your grown up voice this time.” And apparently her voice dropped into its natural pitch/place and was beautiful. She didn’t realize she was doing this and this transformation helped her understand why she had not been getting jobs. Her little girl voice was the reason.

Have you ever thought about what type of person others consider you to be when listening to your speaking voice? You might look stunning, have an impeccable professional PR Packet and an amazing vocal technique and the ability to tell one hell of a story when performing. However, that might not be enough to seal the deal of making that complete accurate impression of you as the person and artist. When you enter an audition space, meet a vocal or repertoire coach for the first time or are networking within our industry, there is another element that tells others volumes about the type of person you consider yourself to be. It’s the sound of your speaking voice, which can be very different from your singing voice. If your speaking and singing voices are not the same, it can confuse those you are communicating with.

A recent Stanford University study found that people “hear” personality in the voices of others when they were speaking. The sound of one’s voice can actually bias the opinion of others about everything from your credibility to your intelligence. Whether you’re a suave-sounding person or a speed demon when you speak, stop to think about your current pitch of the voice and pattern of speech. Does your speech match your singing voice?

Check out this information to see what your speaking voice says about you and what you can do to start the process of changing it so you sing and speak with one voice.

High-Pitched Speaking Voice – People who speak in squeaky, high voices (little girl or boy voices) often sound insecure, inexperienced, and can give the illusion of not being confident. Whether you are a man or woman, it often sounds like you are talking like a child that needs lots of attention and reassurance and no one needs one of those around when time is of the essence during rehearsals. After only a few sentences you might turn others off because they consider you too aggravating to be around.

Career Quick Fix: Contrary to popular belief, if you are one of those people using this type of speaking voice, you can make a change. The first part of changing anything is to recognize that it is happening in the first place. Really try to be aware of it each time you open your mouth. Notice when you are speaking this way how it makes you feel emotionally. This is a very important element in crafting change because what you are presenting now has become the habit and not only affects others but yourself as well. You are giving others permission to treat you like the child that you sound like. You are giving permission to others to have authority over you. And partly because of this, you are telling yourself you don’t deserve to be treated as an adult and are become increasingly interested in trying to please others because having them like you is more important than you liking yourself. So start finding your adult voice and consciously use it. Obviously it will seem strange, a bit affected and very different in the beginning. It’s like practicing anything; you have to do it consciously to make it stick. And some of you might still have higher pitched voices, but you will notice that it stops sounding helpless and childlike because you are connected to breath and are using both the “chiaro/oscuro” parts of your voice like in singing.

Deliberate & Low Talker – A lower pitched, and deliberate, powerful voice, whether man or woman, exudes strength because you appear calm and confident so others are drawn in to what you have to say. If you wield your low, deep voice properly, it commands much more attention. You’re also soothing and pleasant to speak with because you appear relaxed, in control and ready for dealing with challenges. However, as a deliberate and low talker you might also mumble or use a monotone stream of speech.

Career Quick Fix: If you don’t speak up or mumble, notice how you are feeling emotionally when you do either. It may be that God gave you a great speaking voice that needs some confidence in the person in whose body it is living. Often, we have been told as children to “tone it down” or that we are talking too loud or we are trying to be the center of attention. Notice if that is the case and realize that you are an adult that has the right to add to any conversation in an adult manner with an adult modulated voice with confidence. Jump in and notice how you feel emotionally about the results. It’s not easy to change, but by compelling yourself to use it at least once a day, it will become more familiar and user friendly so you start enjoying it. And if you find you are speaking on just one pitch (monotone), take a crack at imitating some of your favorite TV characters and notice how there is modulation of pitch and more inflection in your voice. Then go out into the world for a test drive. It’s a fun exercise.

“She had a voice so husky it could have pulled a dogsled, and the gun she was holding gave me a bad case of barrel envy.” – Patrick Major Dallas

Style of Speech: Fast Talker – Speaking too quickly gives others the idea that you are not really interested in what’s going on outside of yourself. Fast talkers usually seem self absorbed and spend lots of time in their heads instead of being out here in the world. It often turns others off because it’s obvious that you are not interested in or notice when someone is trying to get your attention when they have something to add to your point. It’s almost like you are talking stream of consciousness without editing anything out so others may not even understand where you are going with the conversation and lose interest. Fast talkers may also appear nervous and juvenile.

Career Saving Quick Fix: If you find your speech speeding up, try taking a deep breath before you speak. You can also slow your speech down by working on other positive communication skills while you speak, like practicing eye contact, taking pauses, and stopping every few sentences to ask what others think. Also, do some fast editing in your head before you open your mouth. Another idea is to truly listen to the other person talking before you jump in or start forming your answer or angle before they are done.

“He doesn’t hear but sees the Voice.” – Stephen Mitchell, The Book of Job

These are but a few of the many types of speaking voices. I just wanted you to start thinking about your own speaking voice and what it says to others about you. And it’s very true that the sound of one’s voice can actually bias the opinion of others about everything from your credibility, your need for attention, your need to be liked, to your intelligence. And all of this affects those that are looking to hire. They don’t want someone who shows through their speaking voice, that they are anything but confident, prepared, capable, and ready to work. It is just a job after all that requires your best effort. And that means being a great communicator both on and off stage. Those hiring need you to represent their company at the highest level.

I’ve told you what I think; now I want to know what you think. Avanti and Ciao until next time. Carol